Back to Where it All Began…

In January Morven Millar, Director at Gresham, was lucky enough to take a trip to Budapest. Whilst there, she took the time to pay a visit to Gresham Palace – the place that inspired the Gresham Wealth Management name!

Now a Four Seasons Hotel with panoramic vistas of the Danube and the hills of Buda, Gresham Palace (Gresham-Palota) was named after the 16th-century English financier Sir Thomas Gresham, the palace is a stunning example of Art Nouveau architecture in the heart of Budapest. Completed in 1906 for the London Gresham Life Assurance Society, the site of the building was acquired by the British based insurers at a time when it was illegal to invest money in stocks, but rental income was a wise investment!

It was a visit to Hungary’s capital that gave Morven the idea for the firm’s name some seven years or so ago. Struggling to come up with a name at the time, Jonathan and Morven both agreed that the unique architecture of Gresham Palace, along with its interesting history rooted in the world of finance, ideally represented their new firm.

You’ll even find an image of the building in Gresham’s offices – serving as a reminder of where it all began.

Here are a couple of photos of Morven’s return visit to the Gresham-Palota. 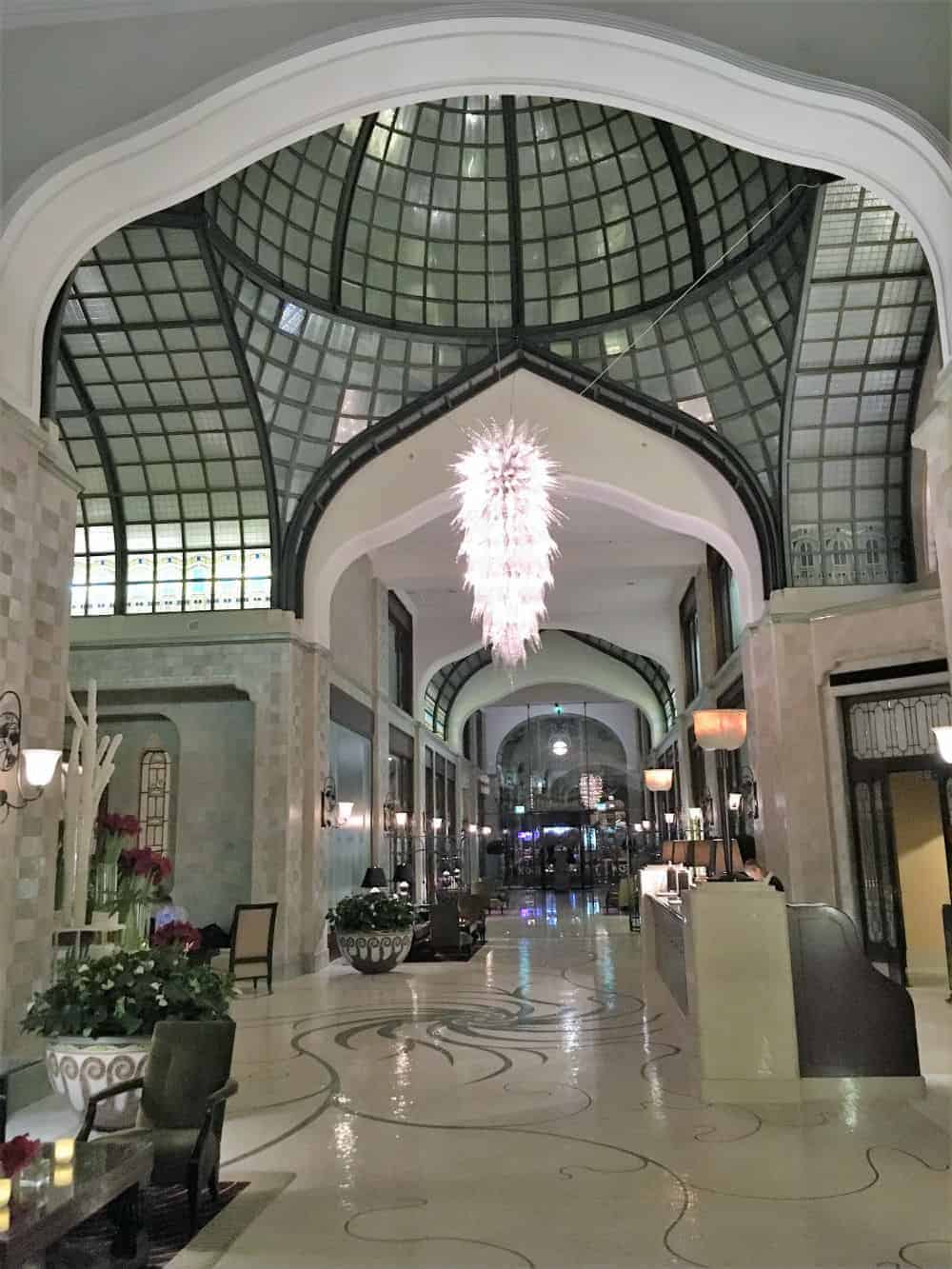 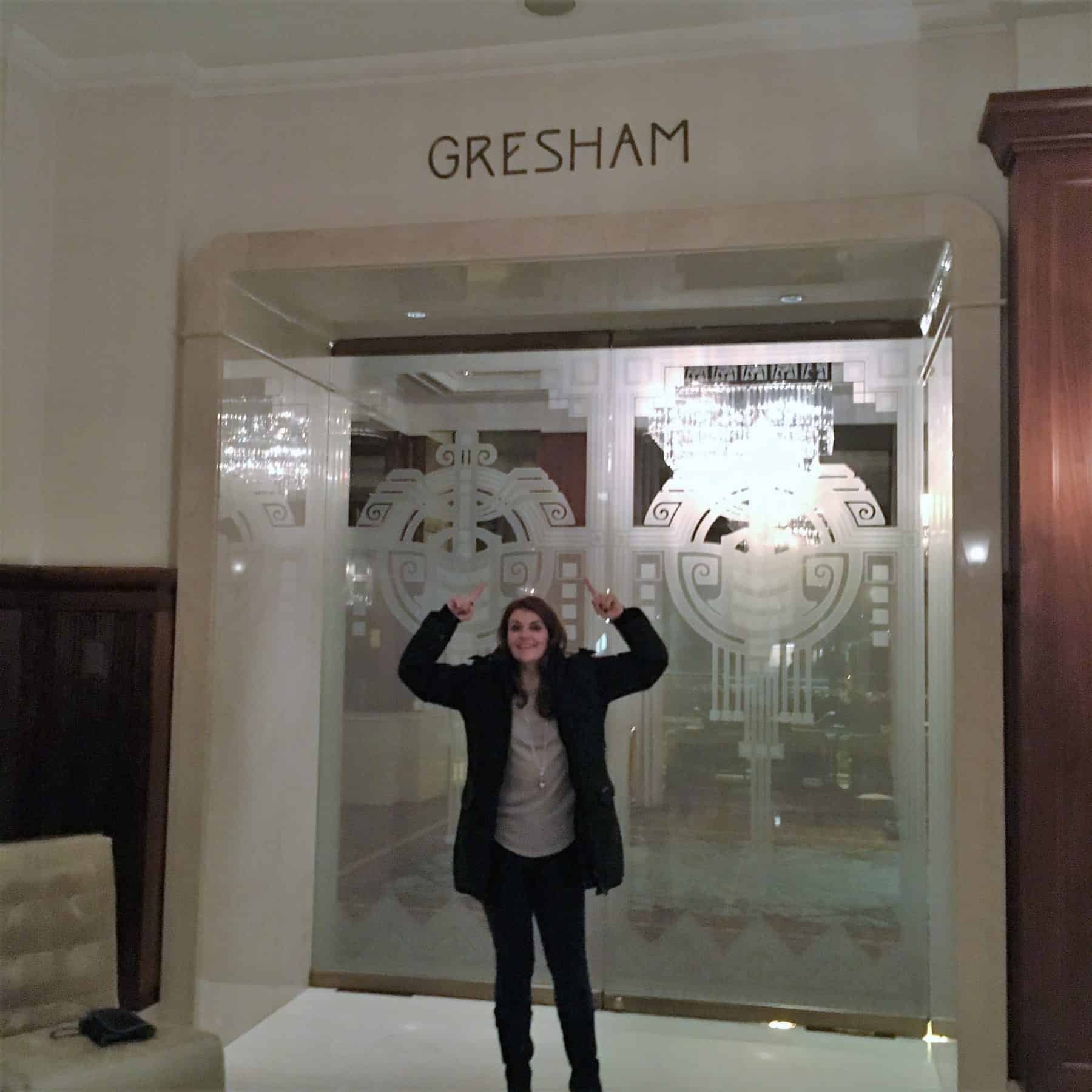 I am only in this position because of you. One of the best decisions I have ever taken going with GWM.

With great thanks for all your reassuring attention over the last year. It means more to me than I can express in a few words.

I just want to thank you and your team so very much for all you do for me throughout the year. It is a real comfort to know that my investments are in such capable hands. I literally couldn’t do it on my own.

We are both very grateful for the time you spent with us in explaining various options. We certainly feel we now both have a much better understanding of our situation & the decisions which we need to consider moving forward.

Thanks again for your advice, you have given me the kick I needed to take control and I’m very grateful for that.

We feel we can phone at any time during office hours if we need anything clarifying. Our financial adviser knows our personal circumstances and is in tune with our goals and lifestyle. His advice has been and continues to be excellent.

You’ve solved that dilemma for me… Thank you for being so clear and honest as always.

A very personalised service… All advice is tailored to my needs with great consideration to issues I may not have thought of myself. I feel confident about my future finances.

Thank you so much again for your time and brilliant advice.

Just a big thank you for all you have done for our family. We do appreciate it.

You can find out more about which cookies we are using or switch them off in settings.

This website uses cookies so that we can provide you with the best user experience possible. Cookie information is stored in your browser and performs functions such as recognising you when you return to our website and helping our team to understand which sections of the website you find most interesting and useful.

Strictly Necessary Cookie should be enabled at all times so that we can save your preferences for cookie settings.

If you disable this cookie, we will not be able to save your preferences. This means that every time you visit this website you will need to enable or disable cookies again.

This website uses Google Analytics to collect anonymous information such as the number of visitors to the site, and the most popular pages.

Please enable Strictly Necessary Cookies first so that we can save your preferences!